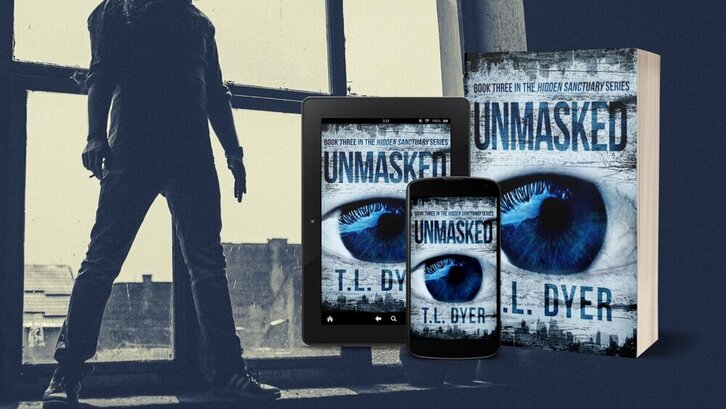 "These are the kind of stories that after reading I want to throw my Kindle out,
because any book thereafter isn't going to be the same."​

If the past caught up with you and there was nowhere left to run
Would you trust yourself to turn and face it?

Time is running out for the men who hide at the edge of the city. The once peaceful existence of their tribe is threatened by an unstable government, one that grows ever more extreme in its desperation to be the richest metropolis in the world. For Jacob, the tribe's mentor, the sight of a construction crane on the horizon can only mean one thing... There's nowhere left to run.

Unnerved by this development, the tribe looks to Jacob for what to do next. But with few options left he is forced into an impossible choice. If they stay, they will be at the mercy of the government's radical and often deadly eviction process. But if they leave the city altogether, they can't be sure what fate awaits them over the border or whether they will survive past the arctic winter months approaching.

Amid this threat to their future, the members of the tribe turn one by one to their pasts. Defying the doctrine, they connect on a level they never have before, sharing stories of the lives they've come from, the people they once were.

But for Jacob the time is drawing close when he must put their safety above all else and tell them of the third option. One that would see them go their separate ways. And bring about the end of the tribe for good.

Unmasked is a gripping tale of division and impossible choices, and the final book in the Hidden Sanctuary series​
Downtown Bookstore
All Other Stores
Please note: As an Amazon Associate affiliate, TL earns a small commission on qualifying purchases.
This is at no extra expense to the purchaser.
© T.L. DYER 2022