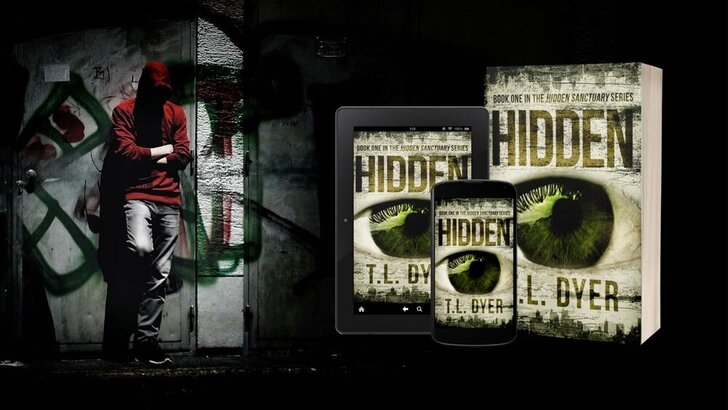 Her instinct is to get to the truth. His is to run like hell from it.

In the abandoned buildings skirting the world's richest city is a hidden tribe. Men who have turned their backs on their old lives and the society that rejects them. They have cultivated a new life, loyal to a doctrine that forbids them from dwelling on their pasts or speculating on their future. It keeps them at peace. And for Jacob, it keeps him alive.

But when an Outsider from the city forces her way into Jacob's life, that peace is shattered. A frustrated journalist, Sada is determined to learn more about the depth of the scars her city is leaving behind in its quest for financial global power. Except her persistence not only threatens Jacob's place in the tribe, it leads him to question it.

At the same time as the cracks rise to the surface of this once idealised existence, so do pieces of a past Jacob has long since buried. An event so dark and brutal that until now even his own mind has protected him from it. Resisting Sada's hand of friendship and the instinctive pull of the outside world, Jacob is forced into making a choice...

Remain loyal to a doctrine he no longer believes in. Or else face a past that will surely kill him.

Hidden is a gripping dystopian thriller and the first book in the Hidden Sanctuary series​
"Original, imaginative and compelling."
Downtown Bookstore
All Other Stores
Please note: As an Amazon Associate affiliate, TL earns a small commission on qualifying purchases.
​This is at no extra expense to the purchaser.
© T.L. DYER 2023