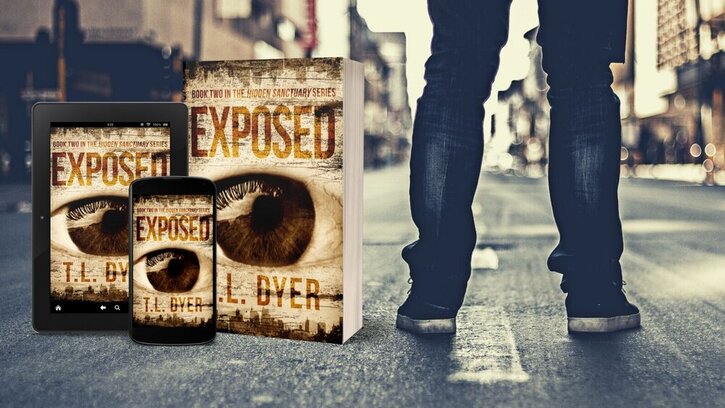 The men of the tribe have made their home in the empty buildings at the border, far from the demands and ruthless laws of those who control the city. Their only guidance is a doctrine that keeps them grounded, free from emotional disruption and at peace. At least, that was how it was meant to be.

With their founder gone, the responsibility of the tribe falls to Jacob. Fiercely loyal to his predecessor he promises to care for its members, their values and the life they've created. But Jacob is not a natural leader, and when new deadly threats dog the city's backstreets, some of the men are open to flexing the doctrine to serve the fallout - even if it means defying their new mentor.

As tensions ripple through the group, Jacob feels the clutches of the city grip tighter than ever before. Not only in the dangers it might inflict on them at any moment, but in the temptations it offers, ones he'd thought he had left behind. Fearing he is losing control of the tribe entrusted to him, Jacob is pushed toward despair and the person he used to be.

And when his dark past comes back to haunt him, he seizes it with both hands.

Exposed is the dark and emotionally compelling story of a city divided, and the second book in the Hidden Sanctuary series​
"An intense read."
Downtown Bookstore
All Other Stores
Please note: As an Amazon Associate affiliate, TL earns a small commission on qualifying purchases.
This is at no extra expense to the purchaser.
© T.L. DYER 2023