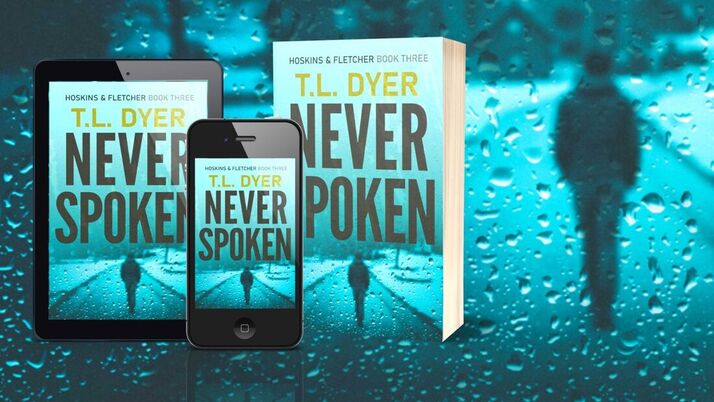 "Great characters, edge of your seat twists, thrills and intrigue."​

Rosa Marie Santago said she was innocent. Even though she was found with her lover on her lap, his throat cut, his blood on her nightgown. Even though her prints were all over the blade, no one else in the house. Even though the jury was quick to secure her conviction. Three years into her sentence and she still says the same.

But Rosa's innocence is less of a concern to private investigator Lawrence Hoskins than his partner's guilt. The case is a no-go, but was handed to Cass Fletcher by her former field training officer on his death bed and now she feels obliged to see it through. So how to solve a murder after the jury has already convicted?

Then there's the silent calls at all hours of the night. The feeling he can't shake that he's being watched. Paranoia maybe, after his last case rattled enough chains in the criminal underworld to come back and choke him. Or is is that the deeper they go into Rosa's life, the clearer the parallels between that case and this one become until it's hard to separate them?

Once again Hoskins and Fletcher find themselves caught up in a world where the enemy is silent and wears many faces. A world of illegal drugs and dirty money, in which the hunted turn hunters without a word spoken.

And with danger closing in from all directions, Hoskins is forced into a decision he can't tell anyone about. Not even Fletcher.

Never Spoken is a suspenseful private investigator novel, and the third book in the Hoskins & Fletcher crime series​
"Keeps you guessing until the very end."
Downtown Bookstore
All Other Stores
Please note: As an Amazon Associate affiliate, TL earns a small commission on qualifying purchases.
This is at no extra expense to the purchaser.
© T.L. DYER 2023